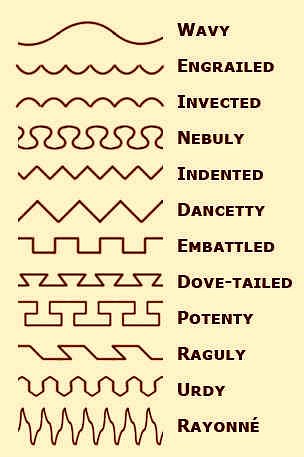 There are nine elements which are used in heraldry, they not only distinguish the
sons of one family, but also denote the subordinate degrees in each house.

or Belt of Valor

the sea or water

Represents fire, or
the walls of a fortress
or city

Represents the radiation the sun. Symbolizes
also fame and glory